HDMI stands for High-Definition Multimedia Interface, a standard for simultaneously transmitting digital video and audio from a source, such as a computer or TV cable box, to a computer monitor, TV or projector. Originally developed by a consortium of electronics manufacturers, it has been widely adopted with almost all televisions and computer monitors supporting the interface.

The goal of the HDMI initiative back in 2002 was to improve on existing connectivity standards (e.g. DVI, component video) by creating a smaller connector, adding support for embedded audio and delivering a higher resolution video signal. Such was HDMI’s success that by 2008, shipments of HDMI-enabled devices exceeded those of DVI. By the end of 2009, all HDTVs had at least one HDMI port.

The HDMI interface allows a port to send high-resolution digital video, theatre-quality sound and device commands through an HDMI connector and down a single HDMI cord, each designed to support a video resolution and features in the HDMI specification. 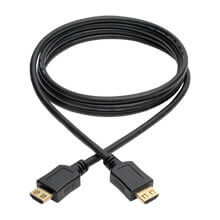 There are also different types of HDMI cable (see the chart below). Not all cables use the logo but the cable specifications should indicate whether it is Standard, High Speed, Premium High Speed or Ultra High Speed. If the type is not indicated, assume Standard.

Saturday , Sunday and Public Holidays : OFF